Pulmonary rehabilitation requires trained staff and specialized facilities. The new study found that tai chi could be a low-cost, easily accessed alternative for some patients. 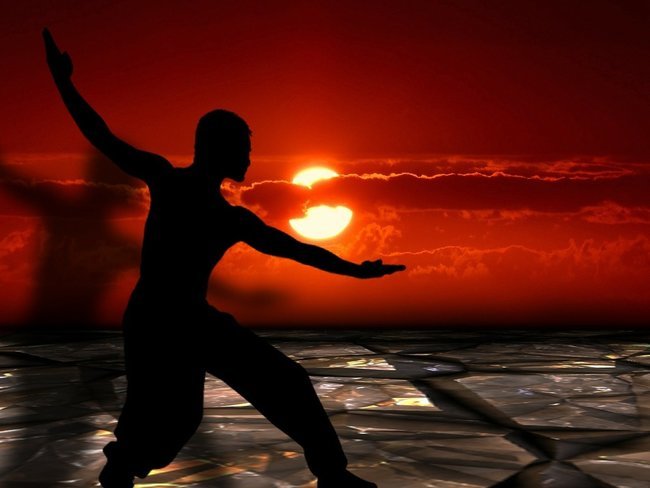 MONDAY, April 9, 2018 (HealthDay News) -- People struggling with COPD might find some relief in an ancient art.

The centuries-old practice of tai chi appears to boost the exercise capabilities and the quality of life of those with chronic obstructive pulmonary disease (COPD), a study from Chinese and British researchers suggests.COPD is a chronic, debilitating and largely incurable form of progressive lung disease affecting more than 11 million Americans, according to the American Lung Association. A combination of bronchitis and emphysema, it's the third biggest killer in the United States.Many COPD patients require hands-on pulmonary rehabilitation."The function of breathing requires participation of lungs, upper-body muscle strength, and guidance from the brain," explained an expert unconnected to the study, Dr. Irene Galperin. She directs the Pleural Center at Lenox Hill Hospital in New York City."When lungs are weakened by COPD, we rely on the other two factors to compensate. This is why pulmonary rehabilitation -- which entails endurance and strength training -- improves the lives of patients with COPD," Galperin said.However, pulmonary rehabilitation requires trained staff and specialized facilities. The new study found that tai chi could be a low-cost, easily accessed alternative for some patients.In the study, researchers tracked outcomes for 120 COPD patients in China who had begun daily medication treatment. The patients were also randomly assigned to practice tai chi, or receive pulmonary rehabilitation.After 12 weeks, the patients in the tai chi group had greater improvements in their COPD symptoms, as well as in a six-minute walk test, according to the study published online April 3 in the journal Chest."Physical activity is key to reducing symptoms in COPD," study lead researcher Michael Polkey explained in a journal news release."We do recommend pulmonary rehabilitation, but our study shows that tai chi is a viable alternative when there is no local [such] service" available, said Polkey, who works at the Respiratory Biomedical Research Unit at The Royal Brompton & Harefield NHS Foundation Trust, in London.Dr. Alan Mensch is a pulmonologist and senior vice-president of medical affairs at Plainview and Syosset Hospitals in Long Island, N.Y. He noted that while COPD is progressive and incurable, "the treatment goal for COPD patients is to increase their level of function while decreasing their symptoms."Mensch said that pulmonary rehabilitation is ideal, however, many patients find it tough to stick to, so alternatives such as tai chi are welcome.Noting that the tai chi study showed "significant improvement" in COPD symptoms, Mensch believes the practice may be "equally as effective as pulmonary rehabilitation in improving patients' physical sense of well-being, as well as functional ability."And, he added that "tai chi does not require a visit to a gym or training center and requires no equipment, making it more attractive for patients to continue to practice following formal training."Copyright © 2018

Here are some conversations from MyCOPDTeam:

• I've been doing pulmonary rehab exercise class but note little overall health or breathing improvement. Has anyone else experienced this?

• "If I haven't been going to Rehab all these years I wouldn't be here right now."

• "I also went to Walmart and picked up a couple 'Senior' videos for Tai Chi and a dancing exercise video for when I don't feel like leaving the house. It is my opinion the best thing you can do for your lungs is exercise!!"

Has tai chi helped you better manage your COPD?
Share in the comments below or directly on MyCOPDTeam.