Story of HOPE: Asthma, COPD and Me 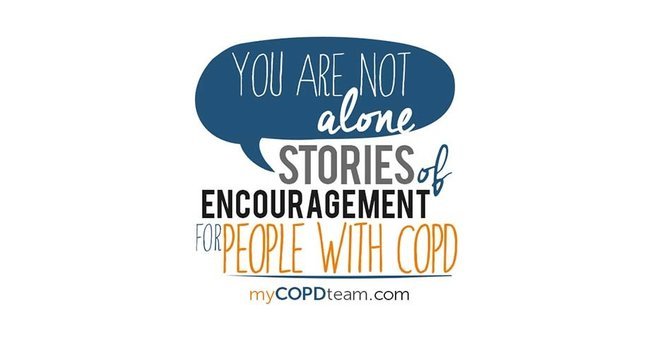 by Russell of COPD Athlete

Asthma and COPD are lung diseases. They both are defined by reduced airflow through the airways to the lungs. Asthma is generally diagnosed in young people and triggered by allergic reactions. In conjunction with your doctor, asthma can be well-controlled by taking the correct medication at periods prescribed by your doctor. COPD has similar symptoms to asthma. However, with asthma, when breathing tests such as a spirometry test are done, the airways may show some changes, but these are mostly or completely reversible back to normal with medical treatment. Generally speaking, COPD gets worse over time, symptoms don’t usually appear until over the age of 50, and the changes in the airways shown by a spirometry test do not usually respond much to medication. Some people have a mixture of both conditions.I was diagnosed with asthma when I was 8 years old and took a variety of medications: Theo Dur, Becotide, and Ventolin were prescribed for a number of years with some success. These medications undoubtedly would have been more effective had I been more diligent with taking them, but as a kid there were far more important things to do like being outside playing with my mates. Thankfully I had a diligent mother. In hindsight, I should have taken up swimming a long time ago as it’s one exercise I can feel the benefits from very quickly, but as a kid I hated swimming in a pool as it would make me wheeze and become short of breath.My respiratory specialist tells me my COPD has stemmed from many chest infections over the years. These infections have continually built up scar tissue in my airways which in turn leads to the airways becoming narrower over time. The key is now to slow down the process of the airways closing so I can avoid a lung transplant for as long as possible. Age is another factor in reduced lung capacity. From the age of around 45 you will lose 1% of capacity a year; my current capacity is between 22 to 30%. Needless to say, there’s not a lot to play with. The graph below gives you an idea of the decline in healthy people. 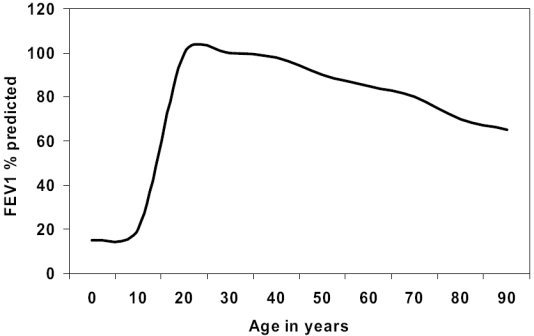 There are four stages of COPD, and they are determined by your spirometry test results. The table below shows the four stages and the FEV (forced expiratory volume) percentage of each stage. 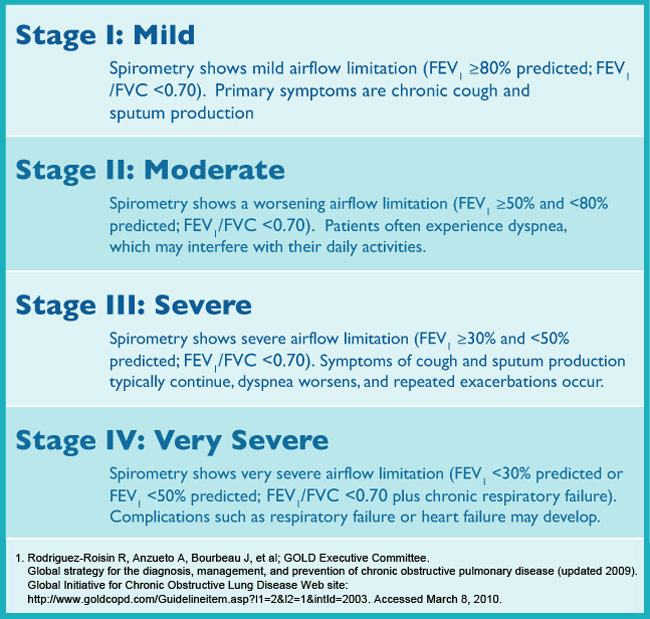 I am at stage IV and have been lucky enough to be able to continue to train and participate in triathlons and cycling events. My doctors are at a loss to explain how I can do the volumes of exercise I do, as people with IV stage COPD are mostly housebound, confined to bed and need oxygen therapy. I do have bad days, days when simply brushing my teeth, showering or just getting out of bed can leave me breathless. Where my body may fail me, by mind takes up the slack as I have a very strong mind and simply repel any negativity. I make the most of the good days and cross my fingers that the bad days and race days don’t align.Whether you have asthma or COPD, managing your condition can be difficult, but it can be done. Take your medications and exercise as much as you can, eat a healthy diet, and keep the weight down. Set yourself a goal to help keep you on track and always remember no matter how tough it gets there’s always someone doing it tougher than you. Put simply, the body will do what the mind tells it to! 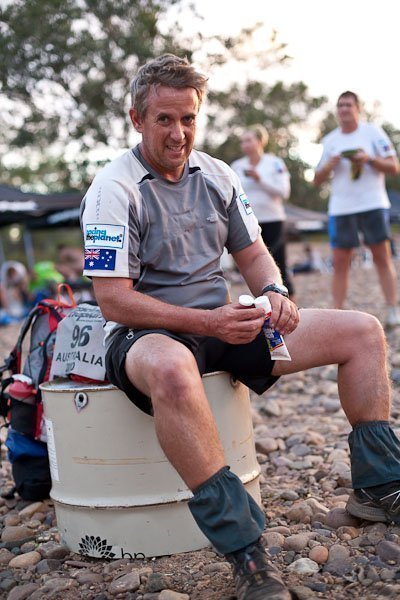 This guest post was written by Russell and appears here with permission. Russell has participated in three Ironman triathlons and several marathons.

There are some things in the upper right . Tap the three gray bars.

13 Simple Strategies You Can Use TODAY to Prevent and Manage...

How to Manage Your COPD Like a Respiratory Therapist – Part 2