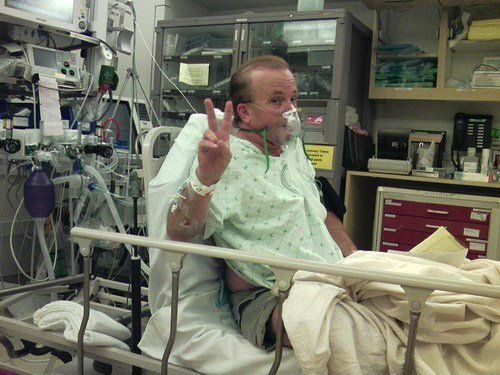 by Stephen Gaudet I’m talking about the A-word…. ANXIETY As a respiratory therapist and a lifelong asthmatic, I know all too well that anxiety and breathlessness usually go hand in hand. Still, I often catch myself getting a little defensive when a medical person abruptly brings up the A-word and asthma in the same sentence, or if I see the word pop up somewhere in my medical records.

Let’s face it, no one wants to be labeled as “anxious” when they’re having very real breathing discomfort. Just remember (and I’m guilty of forgetting this at times) that being called “anxious” isn’t the same as being called “crazy.” It doesn’t mean that it’s all in your head. Unless you’ve been diagnosed with a generalized anxiety disorder (GAD), it’s the breathlessness that causes the anxiety, not the other way around. If you have asthma or chronic lung disease, you may experience some degree of anxiety. that’s just the way it is. Unfortunately, sometimes medical people aren’t very tactful when using the A-word, which of course can make the person they’re treating for breathing problems even more anxious.So why do medical people bring up the A-word in the first place?Well, because it’s their job and they have to cover all bases. People show up all the time in emergency rooms complaining that they can’t breathe, when in fact, they’re actually over-breathing. These people don’t have lung problems at all. For whatever reason, their anxiety gets out of control, they start to panic and sometimes hyperventilate. An experienced clinician can usually tell the difference. If, for example, the patient appears to be in distress, but their lungs sound totally clear and their sats are 100%, chances are there’s a component of anxiety fueling the distress.So how do you NOT become anxious when you feel like you’re suffocating to death? 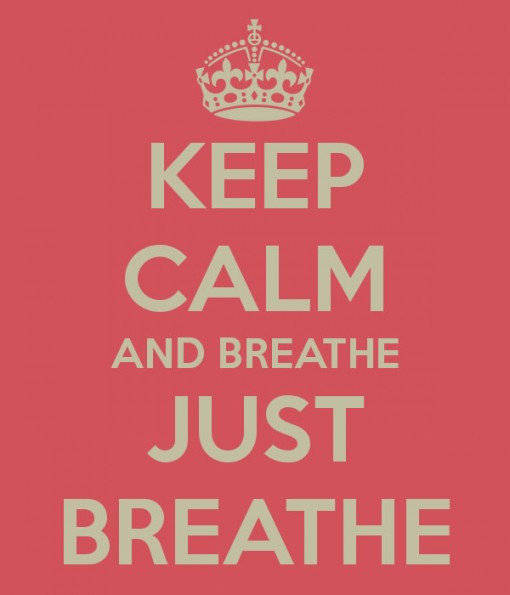 First and foremost, try not to freak out. Easier said than done, I know, but along with using and/or increasing your rescue meds, try to stay as calm as you possibly can. Slow your breathing down if you're able, and try to use pursed-lip breathing. Try to objectively assess what it is that’s causing your shortness of breath. Did it come on suddenly, or has it been gradually getting worse? If you have a PF meter, use it to see if the numbers jive with how you’re actually feeling at the moment. If your PFs are dropping, then you’re probably experiencing true bronchospasm (a tightening of the airways). If your PFs are normal, you could be experiencing the symptoms of air trapping and/or hyperinflation of the lungs, both of which are very common in chronic asthma.Whether it’s abdominal breathing exercises that helped in the past, or a certain relaxation technique that you’ve learned (personally a deep shoulder and neck muscle massage works wonders for me), every person with lung disease should have an anxiety action plan in place. The goal being whatever it takes to stop the vicious dyspnea-anxiety cycle from snowballing. If you’ve been prescribed short acting anti-anxiety medication, then by all means take it. If you’ve tried everything, but the work of breathing becomes overwhelming, call your doc or better yet, go straight to the ER. Better safe than sorry. Anxiety or not, asthma still kills a lot of people.Honestly, how could any person with severe breathing problems not have at least a little anxiety? 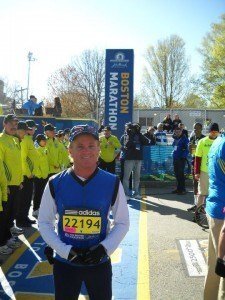 This guest post was written by Stephen Gaudetand is posted here with permission. Stephen is a respiratory therapist, breathing advocate, lab rat, and marathon walker. He was the first person with severe lung disease to finish the Boston Marathon! He blogs at BreathinStephen.com.

Story of HOPE: Asthma, COPD and Me